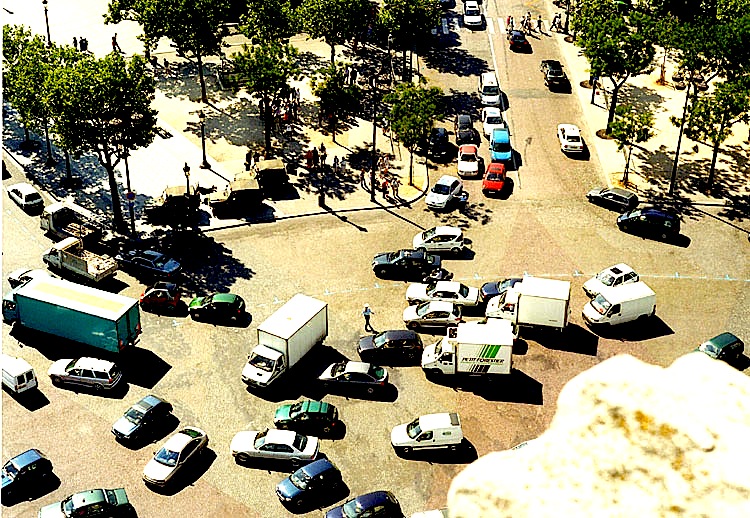 You know that annoying person that appears on boards, in comments, ready to go “gotcha” to your grammar mistake?

Well, that’s essentially what an editor does for a living: be annoying.

Do we thank annoying people for expecting us to follow rules? Never. Everyone hates rules. They bristle, they feel inflexible, they chafe like a seat belt following a wedding banquet.

But do you know where rules feel like a gift from Heaven? On the Place Charles de Gaulle.

Imagine the reality: taxi drivers darting in the opposite direction, between cyclists, someone hawks newspapers and a ragtag group demands to wash your windshield–all at once–right when you need to turn onto the Boulevard Foch? Those are moments when les gendarmes, in their sharp uniforms and cute little képis, make you breathe a sigh of relief. You will leave Paris alive.

Editors do that for writing.

Maxwell Perkins—that name ring a bell? He was the editor behind F. Scott Fitzgerald, Ernest Hemingway and Thomas Wolfe. Big, bad-ass writers, all, but they still had an editor, just like James Joyce, Hugo Claus, and Marguerite Duras and virtually every Nobel Prize for literature winner. Or any journalist that works for a credible media outlet… Editors are the reason writing stays sharp, the story focused, and the distracting misplaced commas weeded out. Anonymous editors hide behind the scenes so authors shine.

Editors are different from grammar bullies. Those are the people at airline security who don’t care if you make your flight. They just get a kick out of their uniform-inspired authority and take pride in barking out commands for “national security.” You can immediately spot the difference between someone who wants to help and someone who wants you to feel crushed by the weight of their “GOTCHA”! As in HA! HA! HA! You forgot to put your shaving cream in a plastic baggie? Stand over here to be frisked from head to toe. You used single quotes instead of double quotes…no, excuse me, they’re called quotation marks… you pathetic moron = NOT. AN. EDITOR.

An editor can be ruthless with a red pen. Editors can be all-caps-emphatic, “NOT WALKING DINNER. IT’S CALLED A BUFFET IN ENGLISH.” Sometimes editors can be sarcastic (I’m speaking to you, Dad), and most certainly they can be annoying (guilty!), but ultimately editors want a great story, a solid message—one that takes you where you want to go. Rules help. They make writing more efficient. Sometimes, however, breaking rules is more effective. Editors know the difference between gimmick, glaring error or clever writing. They read text closely to see if your point makes a detour, functioning like the gendarme with a whistle. When you’re about to smash into a pole, the shrill alert of strike-through text highlights how the wrong word choice is about to derail your writing.

Grammar bullies want power or ticker-tape parades. Editors care about your work connecting with an audience, not gratitude. A person who touts rules to make you feel incompetent is overwhelmed by their own issues. Editing is exclusively about helping. No one sends you flowers. You win no medals. Your name is not lit on a marquee. But editing is essential to fluid communication. There’s no shame in being edited, even vigorously—the greatest writers known to man use editors. We lesser language mortals can certainly benefit, too.